Adlai Stevenson III served as an at-large member of the Illinois House of Representatives from 1964-1967. He went on to become the state Treasurer from 1967-1970 before his successful campaign for United States Senator in 1970. He served in the United States Senate until 1981. He ran unsuccessfully for Illinois Governor in 1982 and 1984. Stevenson is a member of the Stevenson political family which includes his father, Adlai E. Stevenson II, the Illinois governor and two-time Democratic presidential nominee, and his great grandfather, Vice President Adlai Stevenson I. 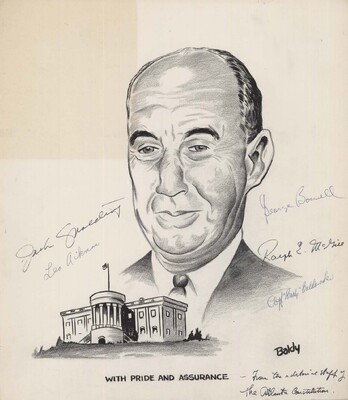 With Pride and Assurance

With Pride and Assurance 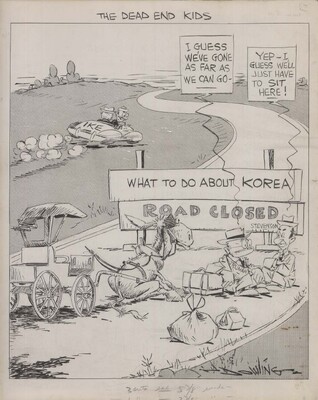 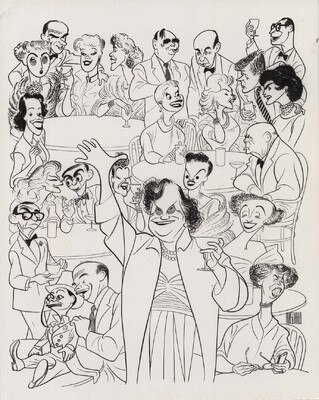 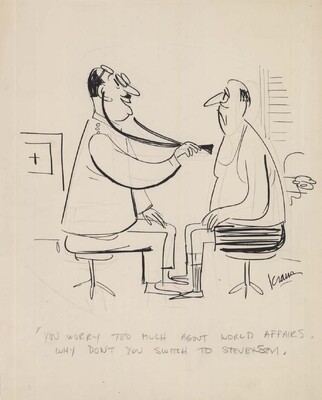 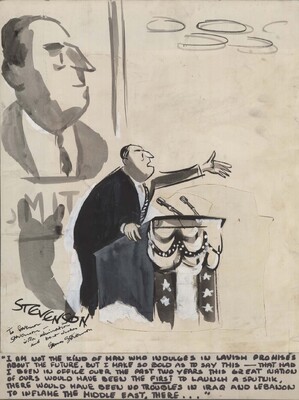 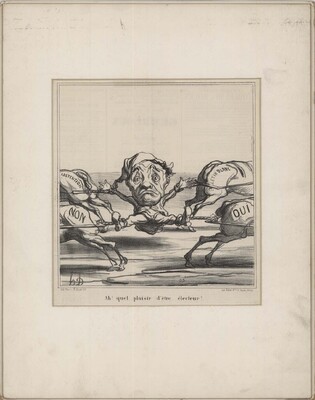 Oh What Fun To Be A Voter

Oh What Fun To Be A Voter 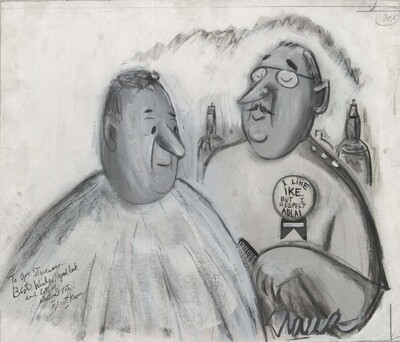 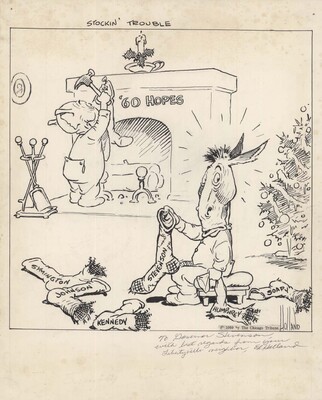 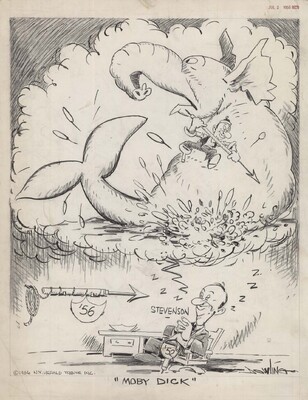 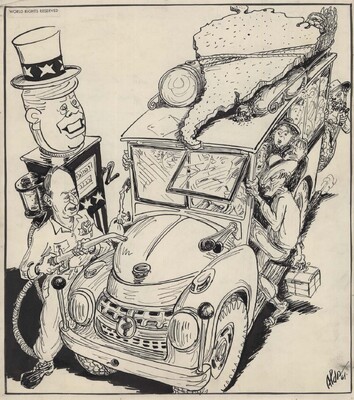 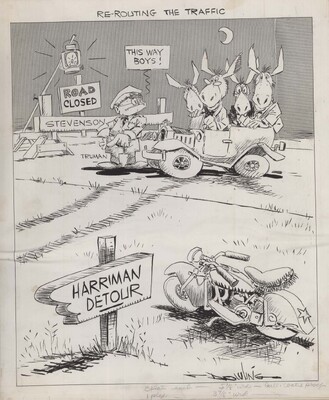 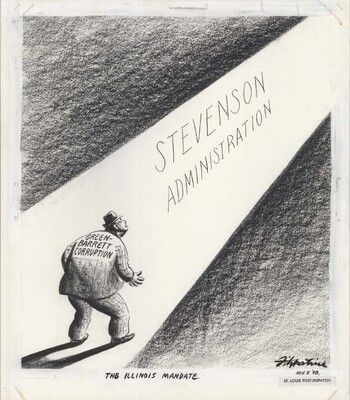 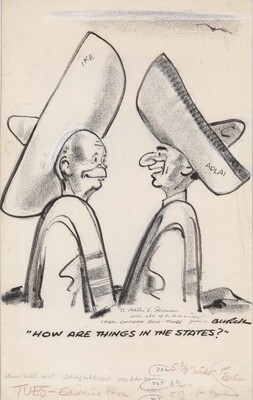 How Are Things In the States?

How Are Things In the States? 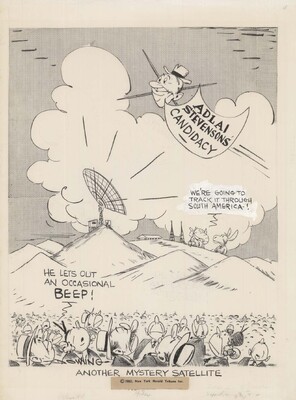 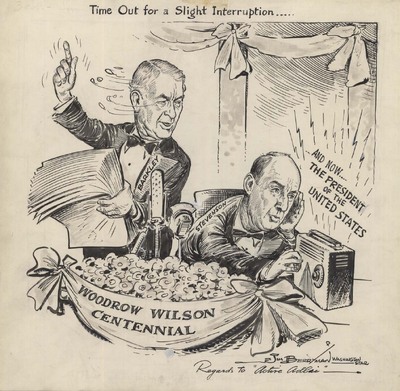 Time Out For a Slight Interruption

Time Out For a Slight Interruption 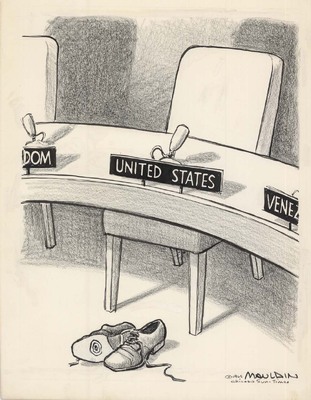 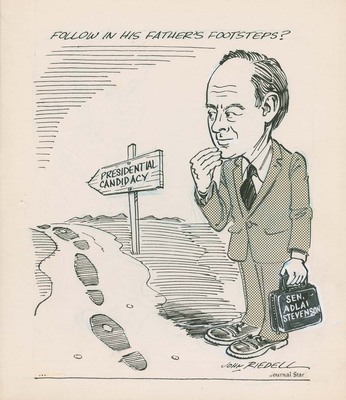 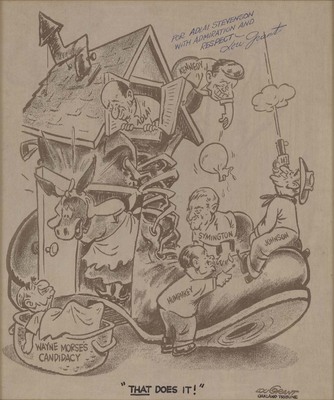 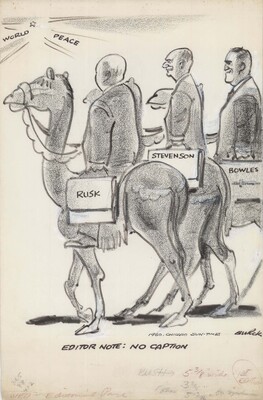 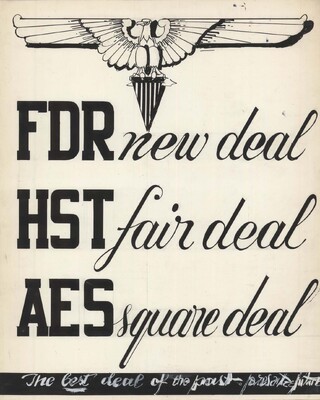 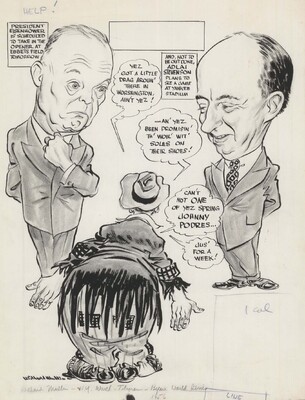 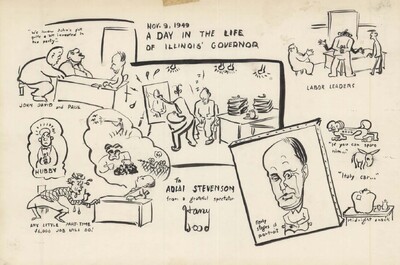 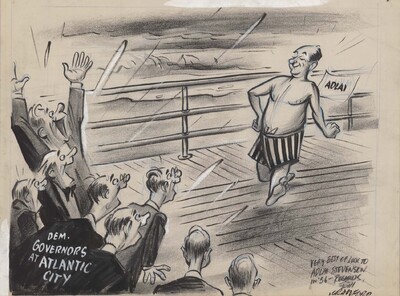 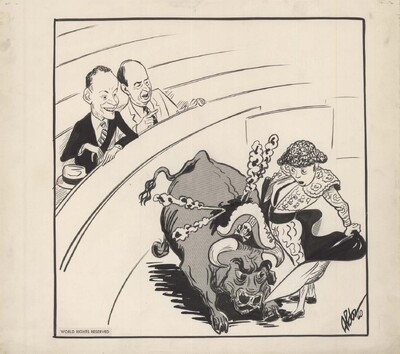 Adlai Stevenson and the Bull Fight

Adlai Stevenson and the Bull Fight 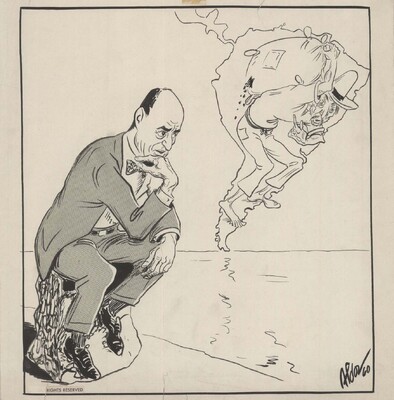